Economics with Emphasis on Microeconomics 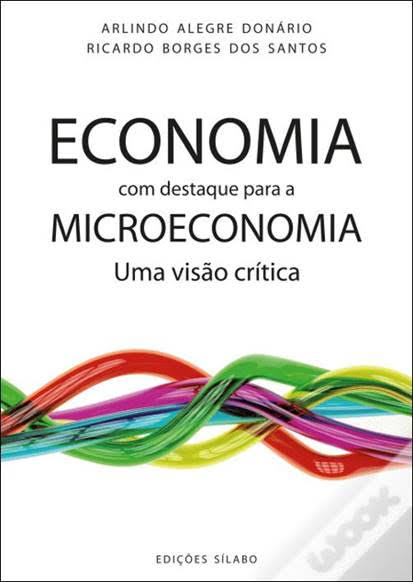 But just read one of the many economics textbooks to see that value judgments clearly permeate these textbooks.

The dominant presentation considers that markets are sufficiently competitive and that, in most cases, they lead to efficient results, without any intervention by the State. According to neoclassical theory, state intervention is either ineffective or generates inefficiency, so that intervention is socially harmful. The human being develops in two great dimensions, the individual and the collective. The individual realizes himself outside of what he is not. If the individual dimension imposes itself on the individual as an undeniable truth, materialized by his dependence on the various subsystems that make up his own body, namely the anatomical, circulatory, nervous, etc., the collective dimension imposes itself. through a cosmological truth, as it belongs to a nature that imposes cooperation as a way of surviving and fulfilling itself. In this sense, cooperation is innate, starting with the very relationship that the supreme good, life, has with nature, in particular oxygen. Oxygen is the first fuel for human life to take place and, therefore, for the body's organs to function. Cooperation remains intrinsic to the individual, given the need, since time immemorial, to join together in groups to be able to carry out tasks and achieve goals that would not be possible alone, namely in the field of security.

With the unfolding of history, Man has become more and more specialized, thus leading to an increasing need for cooperation between human beings. However, this cooperation has been embodied in currency, leaving individuals dependent on having it in order to provide for their needs and desires.

These two dimensions are, in fact, antagonistic, insofar as the individual human being is intrinsically selfish, but on the other hand, he needs other individuals to fulfill himself and provide for his needs and desires…”
In introduction